As the world gears up for the FIFA World Cup Qatar 2022 to commence this November, the city of Dubai is abuzz with the promise of a surge in sports tourism. With an estimated 1.5 million people expected to travel to Qatar for the tournament, it is safe to say that Dubai will see a significant influx of visitors during this time.

The UAE has emerged as the Middle East’s fastest growing sports tourism destination, valued at an estimated $600 billion, according to the World Trade Organization. The country’s tourism and hospitality sectors are expected to experience a 30% boost in economy, as stated by Musafir.com, a leading online travel agency headquartered in the UAE.

The Different Sports Events in Dubai 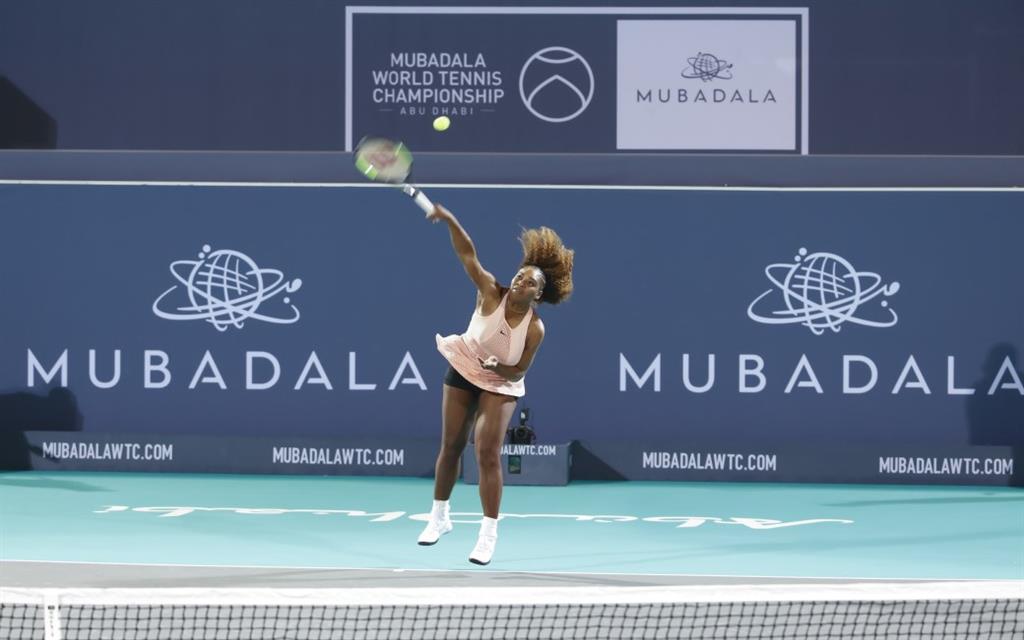 Image Source: WAM/Emirates News Agency
While football is a significant sport in Dubai with multiple dedicated stadiums spread across the city, there are other popular sports making headlines, including horse racing, golf, and tennis. The nation’s calendar is filled with various sporting events such as Formula 1 Racing, the Mubadala World tennis championship, the Dubai Golf Desert Classic, the Rugby Sevens, the Dubai Polo Gold Cup, and the Dubai World Cup – Horse Racing. This diverse array of international sporting events has made Dubai’s sports sector into a crucial driver to expanding the tourism industry.
Dubai has also been capturing the market on popular new global sports such as Padel Tennis which is one of the fastest-growing sports in the world right now, with more than 25 million players in over 90 countries around the world as per the International Padel Federation (also referred to as FIP). 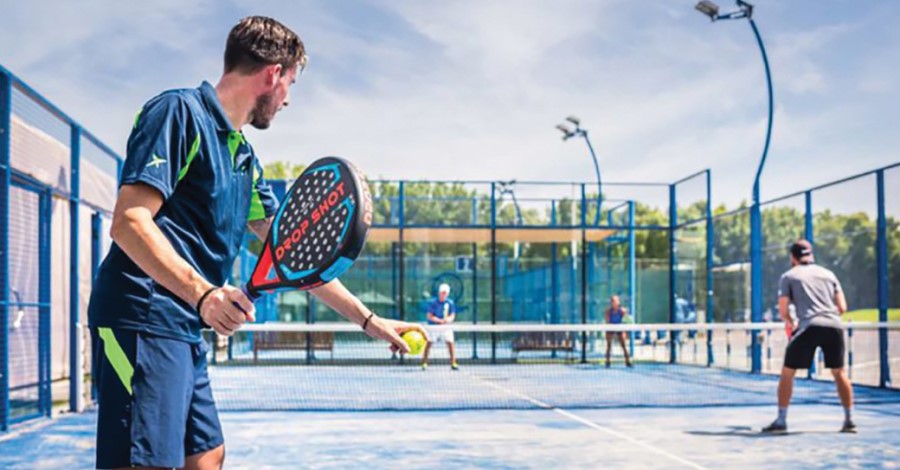 Image Source: What's On
Padel is not only becoming increasingly popular amongst athletes but has also gained a lot of traction as a networking sport in the corporate world. As a result of the increasing popularity of the sport, Dubai has taken the opportunity to host the World Padel Championship from 31st October to 5th November, hence cementing the city further as a major venue for leading global sports events.
The government has also introduced various facilities to encourage the growing popularity of sports such as the sports community Dubai Sports City, the General Authority of Sports, as well as the Dubai Marine Club amongst others.
Dubai has gradually risen to fame as a major sports hub, with the first instigator being the staging of the Dubai World Cup in 1996. 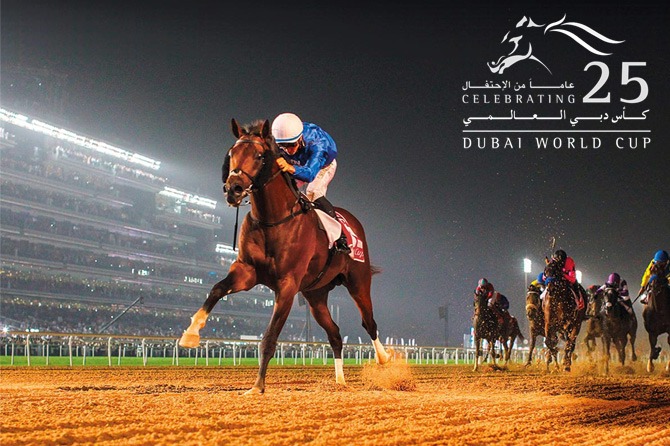 Image Source: WAM/Emirates News Agency
The event was initiated as a small championship in the early 1990’s by His Highness Sheikh Mohammed bin Rashid Al Maktoum, Vice-President and Prime Minister of the UAE and Ruler of Dubai with its inaugural race hosting 60,000 racegoers in attendance. Today, the world-class event draws in thousands of visitors to Dubai each year in March, with a purse of awarded $35m to the winners, according to Dubai Media Office.

The Growing Influence of Sports to Dubai’s Economy

Sports tourism is a major driver behind the growing economy of Dubai with the GDP contribution of Dubai’s sport sector exceeding AED 9 billion in 2021, amounting to 2.3% of the emirate’s GDP as per Sheikh Mansoor Bin Mohammed bin Rashid Al Maktoum, Chairman of Dubai Sports Council (DSC).
The Dubai Sports Council also launched a Sports Sector Plan in 2021, depicting the government’s 10-year plan for long term development of the sports sector in the emirate. The plan aims at both attracting leading talents in different sports and to win championships and titles for the country. Furthermore, the plan will also be focusing on further strengthening Dubai’s reputation as a leading destination for hosting major sports events as well as inviting major sports stars, international and regional sports federations to make Dubai their home.

Image Source: WAM/Emirates News Agency
In addition to providing the best sports facilities, the emirate further provides the best supporting infrastructure such as airports, efficient highways and the metro line which help facilitate these events all year through. These sporting events often result in repeat visitors as some of these championships have regular fans following the event calendar. Some of these fans will oftentimes invest in Dubai, especially in real estate, as they see the region’s and the emirate’s growth in businesses linked to sports. This clearly can be seen in the current Qatar World Cup which has led to a significant boom in the tourism and hospitality industries in Dubai.
In addition, investors primarily choose Dubai as it is globally renowned as the most mature market in the Gulf region (JLL Global Real Estate Transparency Index 2022). Dubai is also ranked as the most improved country in the Index due to the Emirates continued efforts at digitalization and enhanced data availability. Therefore, the ease of buying property and arranging financing becomes much simpler for any investors into Dubai.
Furthermore, unlike countries like the US, UK, France, and Russia, which have an established sports industry, just like Brazil and South Africa, the sports industry in Dubai is relatively smaller. However, with the help of the government initiatives, the industry has been taking off in the past few years, and as a result has been providing investors with ample opportunity to make commercial gains in the industry. 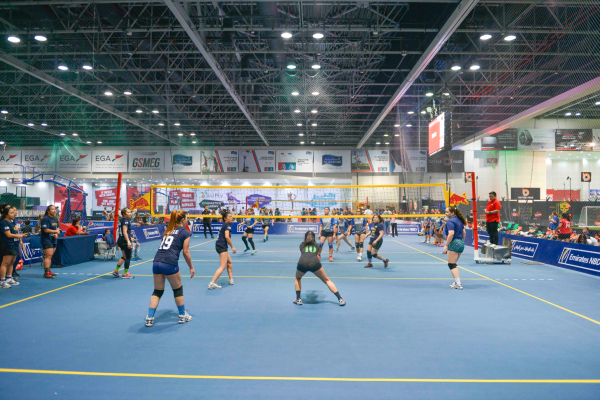 Image Source: WAM/Emirates News Agency
The safety of residents and visiting sports enthusiasts plays a significant role in the planning and hosting of major sports events. The Dubai Police, along with Dubai Events Security Committee (ESC), have repeatedly ensured the safety of citizens, successfully enforced security measures, and provided necessary support to event organizers, as was observed during Expo 2020.
The increase in sports tournaments and sports tourism in the country will not only lead to an economic growth in the sports sector but will also create more job opportunities. In 2021, the Dubai Sports Council announced the sports sector contributes towards 3.8% of the total employment in the emirate and supports the creation of 105,000 job opportunities, these numbers will continue to increase as the Dubai part takes in hosting more and more sports events.
In conclusion, the Dubai government have done a remarkable job in positioning Dubai as a preferred destination for international sports investors through the hosting of major sports events, extraordinary supporting infrastructure, and favorable legislations. Wouldn’t you want to be part of this legacy?
Share this post

Dubai has come a long way since its humble beginnings as a small trading post on...

New Millionaire’s Haven - What This Could Mean For Dubai Residents

The monumental finale project is nearly here! Emaar Properties is set to complet...

The Ministry of Finance has announced that the UAE will introduce a federal corp...

Dubai’s real estate industry is off to a robust year, with the Dubai Land ...